NExSS is a cross-divisional initiative from NASA to create a research coordination network (RCN) with an emphasis on studying extrasolar planets and the potential for habitability. An RCN is a virtual structure to support groups of investigators to communication and coordinate research and educational activity.  At Berkeley our contributions are the observations of extrasolar planets via direct imaging, the transit technique, and Doppler spectroscopy, plus the theoretical study of planet formation and subsequent evolution

The Gemini Planet Imager (GPI) is a new science instrument that exploits the latest generation of adaptive optics technology, coronagraphy and detectors. We have successfully commissioned GPI at the Gemini South telescope in Chile and in 2014 we started a three year science program called GPIES (GPI Exoplanet Survey) that will survey 600 stars for the presence of young giant planets. 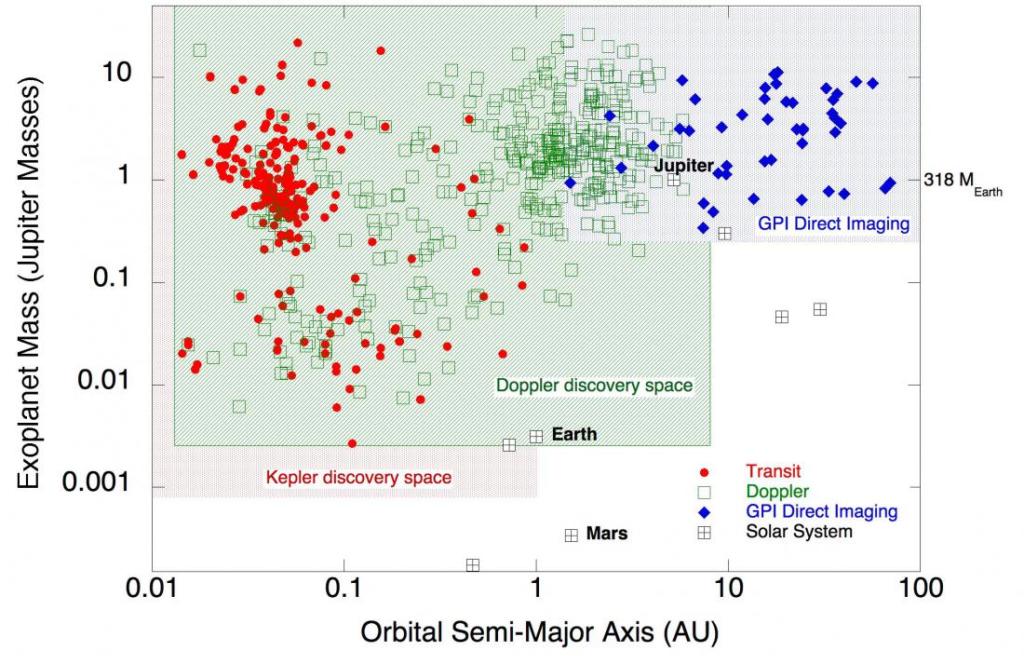 Dr. Kalas images planetary systems around other stars using the Hubble Space Telescope, Keck Observatory, and other major astronomical observatories. His research led to the discovery of Fomalhaut b, the first extrasolar planet seen in optical light orbiting another star. Other accomplishments include the discoveries of dusty asteroid and comet belts surrounding a half dozen nearby stars. He is a science team member on several major projects, such as the Gemini Planet Imager, which is the next pioneering step in imaging planetary systems. 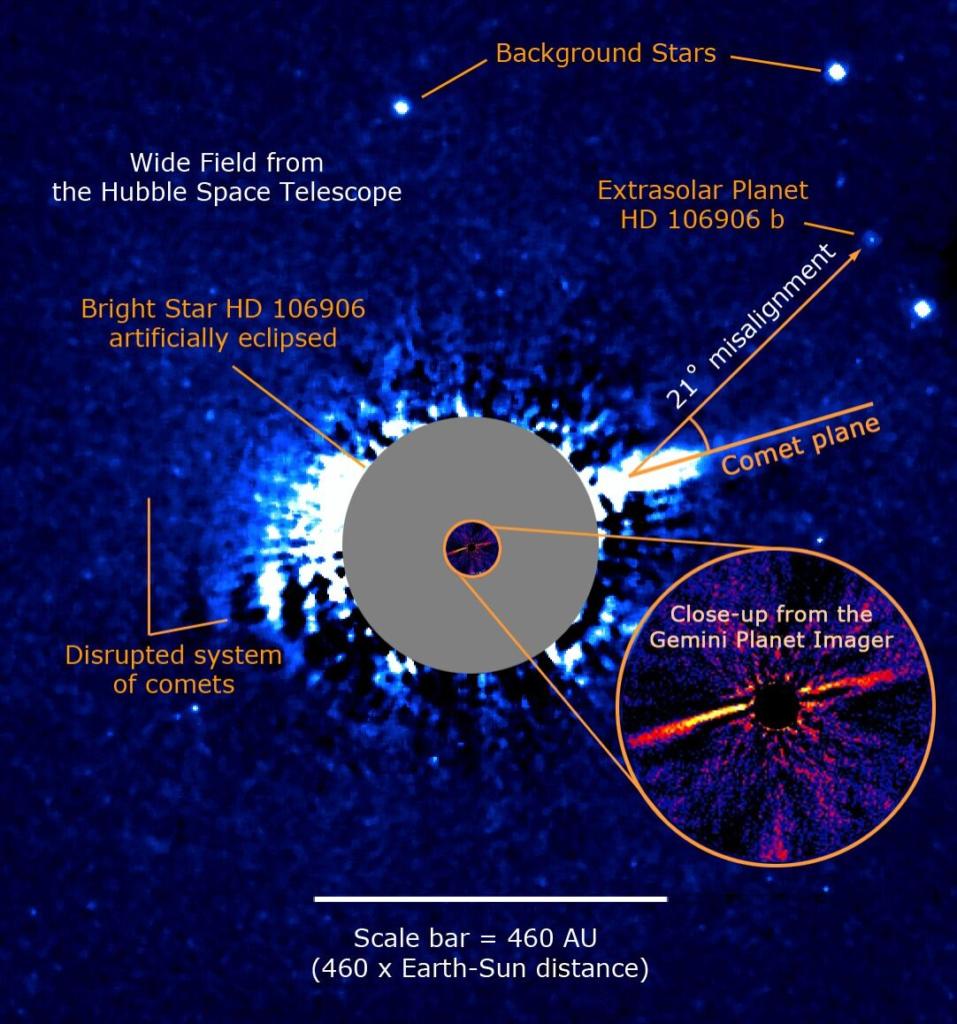 Adaptive optics and Radio Observations of the giant planets, Astronomy, Planetary Science, Their rings and satellites..

Professor de Pater’s research interests include: infrared observations using adaptive optics on the Keck, Gemini and VLT telescopes of e.g., the giant planets, their ring systems, and the satellites Titan and Io. She also continues to observe the giant planets at radio wavelengths using the (recently upgraded) Very Large Array, ALMA, and LOFAR.

OPAL is the Outer Planet Atmospheres Legacy program. For the remainer of Hubble’s lifetime, OPAL will continue mapping Jupiter, Saturn, Uranus, and Neptune every year to study their dynamics, weather, and climate. 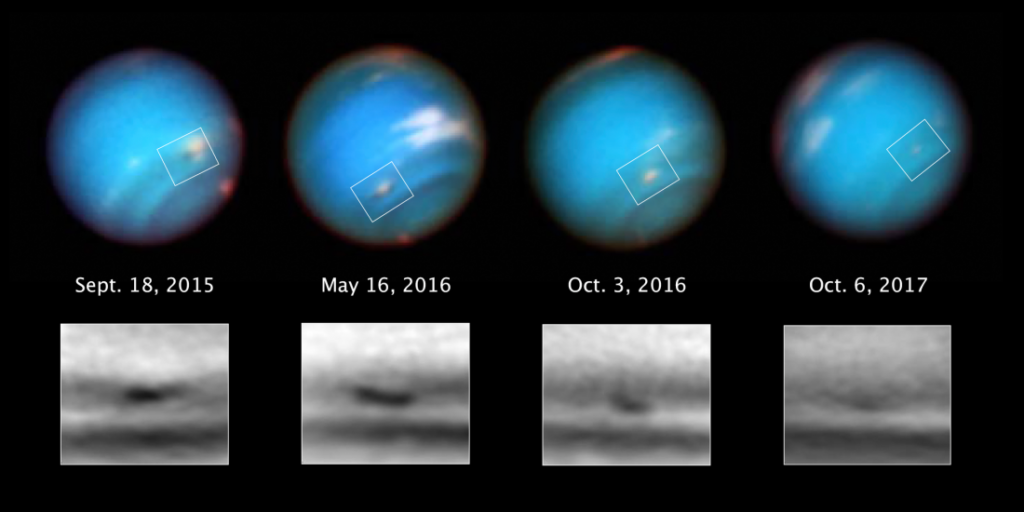 Discovery and evolution of a new dark vortex on Neptune (Wong et al. 2018).